Having a turtle as a pet

Having a turtle as a pet

When we mention pets, the very first thing that comes to mind is a dog or a cat; maybe a parrot. There is, however, another species that is quietly staking its claim as an adorable addition to your household. Here is a clue: they have been around since the Jurassic Age and predating some of the most ancient reptiles like crocodiles and snakes. 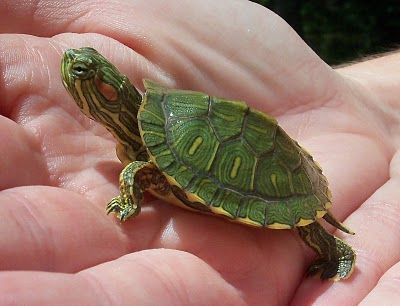 Can you guess which aquatic species we are talking about?

The unhurried, gentle turtle is what we are talking about. When you think of it, they make for an interesting choice in pets. Not everyone thinks of keeping one, which only increases your coolness quotient. The second reason is that their pleasant temperament makes it easy to manage them, especially if you have children in your household.

If you are thinking of keeping a turtle as a pet, we have two excellent options that you can look at. Both of these sub-species are quite popular among homeowners, and they definitely can add a dollop of interest to your daily routine.

First up for you, we have the largest terrestrial turtle that has quite an interesting backstory. This sub species thrives in one of the most inhospitable places on earth – the Sahara Desert in Africa. Also known as the Sulcata tortoise, it survives the extreme climate by burrowing deep into the ground to keep itself cool. The diet consists of grass and thorny shrubs found in the region. In fact, the African spurred tortoise is quite an expert around a cactus pad.

As a pet, the charm of the turtle lies in its ornate shell, which looks no less than a crown, albeit a heavy one. To maintain the sub species, one needs to have a large enclosure where the turtle can walk about. The other thing is maintaining a constant warm temperature in the enclosure.

When it comes keeping turtles as pets, few can match the popularity of this sub-species. The turtle is No. 1 on the list when it comes to households in America. There is no other kind that homeowners would like to keep than this one.

The red-eared slider is an ideal choice for its distinguished looks – it has a thin red line running along both ears – and for the relative easy maintenance. These factors have contributed to the sub-species being the most traded turtle in the world, which comes with a caveat.

The red-eared slider is also one of the most invasive species according to the IUCN. They have the tendency to overtake the natural species of the habitat and make the available resources scarce for them.

One issue that prospective pet owners should be mindful of is the risk of inspection the sub-species carries. It is immune to bacteria like the salmonella, which may be passed on to us.