Thanks to the popularity of the Teenage Mutant Ninja Turtles comics, cartoons and live-action series, turtles became a popular choice as a pet for a while. But there’s a lot more to them than crime-fighting New York heroes. Here are a few fun facts about real-life turtles.

There’s a really good reason why turtles look like prehistoric creatures. And that’s because they have been on Planet Earth for a really long time. It’s thought that the first turtles appeared way back in the Triassic period around 230 million years ago.

This was also the time of the dinosaurs. But turtles proved to be much better than the dinosaurs in surviving mass extinction events and changes in the climate. One idea is that their water-dwelling and burrowing lifestyles saved them. 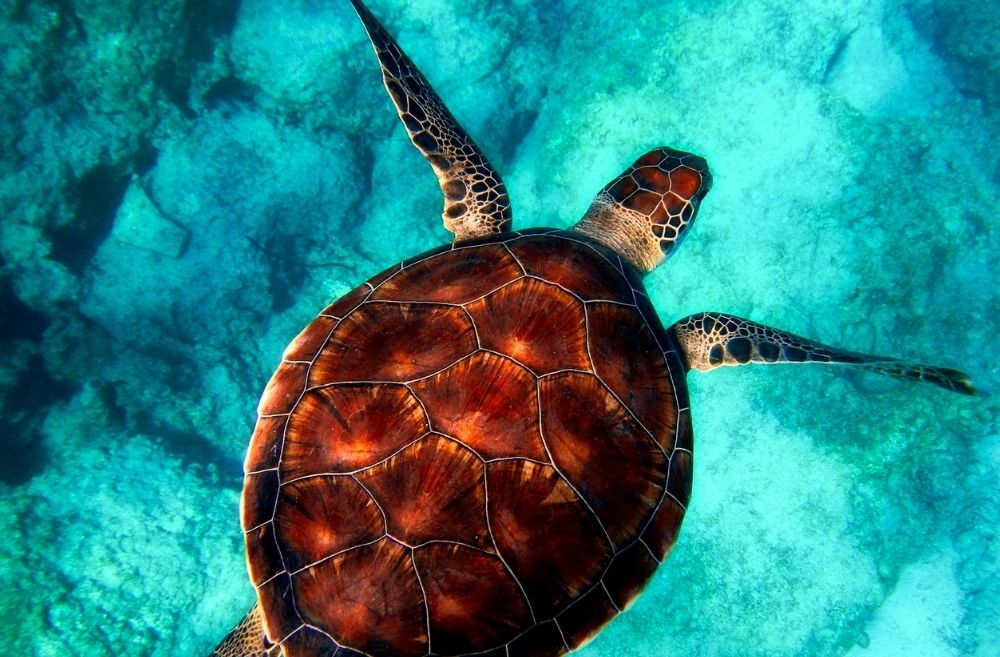 Today, turtles are also known to be one of the most long-lived creatures on the planet. A general rule of thumb is the bigger you are the longer you’ll live, but it really does depend on the species.

That being said, pet turtles are known to live for anything for 10 years up to 80 years – so they really could be a friend for life. But that’s not all. Larger species can keep going for 100 years or more. In fact, some scientists think that there may be some turtles out there that are several hundred years old.

What sets turtles apart from other reptiles is their shells. These come in two pieces that are fused along the sides. The top piece is called the carapace, while the bottom piece is the plastron. Like your hair and nails, turtle shells are made of keratin

Is a turtle a tortoise?

No, but a tortoise is a turtle! Turtles, tortoises and terrapins are all reptiles that are grouped together in the Order Testudines. Turtles come in a huge range of shapes and sizes and there are over 260 different species alive today.

To help make it easier to identify who is who, scientists have further divided the Testudines into 13 families — there’s just one family of tortoises and 12 families of turtles and terrapins. Most turtles are aquatic or semi-aquatic — meaning they live in water of some kind. What sets the tortoises apart from other turtles is that they are all land-dwellers.

What does the future hold?

While these incredible creatures have lived on Earth for millions of years, the future is not so bright for some of them. Many species are now endangered. So, don’t forget to celebrate turtles on May 23rd — World Turtle Day.